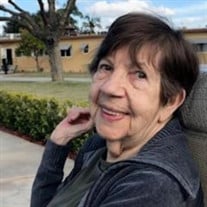 Beverly led an unconventional life. She was born June 21, 1936 at her home in Guttenberg Iowa. Her parents were Hilda Wench and Fred Follman. She and her two older brothers grew up very poor. Their house had no indoor plumbing and she spoke of going out in the winter cold to use their outhouse. Beverly lost her father early in life. Fred Follman died of malaria a year after returning home from World War II. Shortly after, Beverly’s two older brothers were sent to live with their uncle and help work his farm. Ronnie Follman died in 1971 when his construction vehicle touched a powerline. Her other brother was Laverl Follman, and the two of them had a special unbreakable bond that lasted almost 85 years. He died just 4 months ago. After high school Beverly worked as a nanny because of her love of children. She dated and married Ardell Heck in 1955 and moved to Cedar Rapids. She wanted to be a mother right away, but it took 4 years before she gave birth to Mike in 1959. She longed for the type of family with the white picket fence and to a stay-at-home mom. But life took another turn, and by the time Mike was 6 months old, Beverly and Ardell were divorced. Being a single parent mother, she worked a swing shift job soldering radios so she could be with Mike during the day and at night. A hired babysitter would watch Mike in the evenings. This was their routine for the next 9 years. In 1969 Beverly and her son moved to California with another man Beverly had known from childhood, Bill Herman. They landed in San Clemente, found jobs, enrolled Mike in school, and began a new life. Later she would describe her years in San Clemente as one long summer vacation. They married in 1973 and Bill became the great love of her life. Bill loved her long brown hair and refused to have it cut. Years later she wrapped her hair in a giant bun so it would not get tangled. In 1985 Beverly developed viral meningitis and nearly lost her life. When she recovered she was deaf in one ear and partially paralyzed on one side. She had to re-learn to walk using the grocery cart for support and Bill for encouragement. A year later both retired and moved back to their childhood city of Guttenberg, Iowa. In 2003 Bill developed throat cancer. He spent almost a full year at a Dubuque hospital before passing away. During that year, Beverly drove the 60 miles roundtrip to visit him in the hospital – EVERY DAY, during rain, snow, and thick fog. After Bill died she came back to California to live with Mike, his wife Brenda, and their daughters Janina and Marissa. She enjoyed being close to her two granddaughters, gardening, and taking her dog Jake for long walks. Beverly quickly became an additional parent. She was never one to scold or to criticize; so when she told the kids they were out of line, they listened. When she told Mike and Brenda they were being too hard on the girls, they also listened. Beverly did everything while both Mike and Brenda worked. She did all of the laundry, all of the gardening, light housekeeping, and as much cooking as she could stand. She never liked to cook, but was very good at “throwing slop on the table” as she would call it. She had an active life for a very long time. In 2015 she became a Great Grandparent to David (Janina’s son). In 2017 Janina moved back home with her son, so Beverly had yet another child to care for, play with, and get into mischief with. In 2019 Beverly moved to the St Francis Home in Santa Ana, an assisted living facility. Almost every Sunday Mike would visit her. Sometimes with David, her grandson, and sometimes by himself. The nuns would tell Mike stories about Beverly’s latest escape attempts. She routinely and systematically tested each outside door in the building looking for one that was unlocked. After several successful attempts, they placed an electronic bracelet on her wrist that would sound a building alarm if she breeched the outer walls. In June of 2020 Beverly contracted Covid-19 and went to the hospital for several weeks. She was never quite the same after her recovery. She was wheelchair bound and spent her last remaining months at the Sea Cliff nursing home in Huntington Beach. She died on Thursday, February 25th. Beverly had a generous and kind personality, and was loved by all who knew her. She had an adventurous spirit and led a very unconventional life, and was proud of it. She will be missed and remembered by many.

Beverly led an unconventional life. She was born June 21, 1936 at her home in Guttenberg Iowa. Her parents were Hilda Wench and Fred Follman. She and her two older brothers grew up very poor. Their house had no indoor plumbing and she spoke... View Obituary & Service Information

The family of Beverly Jean Herman created this Life Tributes page to make it easy to share your memories.

Send flowers to the Herman family.