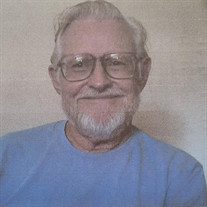 Obituary for Donald Arthur Odion Donald passed from this life on August 23, 2021, in Temecula, California peacefully. Donald was born October 1, 1933, to William and Frances Odion of Washington state. He was the second child of three children. He spent his growing up years on Vashon Island, Seattle, Tacoma and Spokane, Washington. For his senior year in high school, the family moved to Long Beach, California where he graduated from Long Beach Polytechnic High. He was on track team and played ice hockey. After graduation, he joined the Army during the Korean War and studied helicopter mechanics. Upon leaving the Army after two years, he attended Long Beach City College where he studied architecture and drafting, eventually working for Autonetics (North American Rockwell) in Downey, California in the aerospace industry. He then worked for Ford Aerospace Corporation in Newport Beach for 25 years. He also was an art major at California State University, Long Beach. Ever active in outdoor activities, Donald enjoyed backpacking and mountain climbing in the Sierra Nevada, rock climbing with his “Desert Rat” buddies in Joshua Tree and enjoyed being an amateur photographer and astronomer. Dad had many interests and hobbies. Donald was preceded by his wife of 56 years, Doris, his brother Bill and sister-in-law Kip, as well as his beloved parents, William and Frances Odion. He is survived by his three children, Ronald, Gale and Nadine, as well as his sister, nephew, nieces, and numerous cousins. At his request, no funeral services have been scheduled. His ashes were deposed at sea, per his request. In lieu of flowers, please donate to the charity of your choice.

Obituary for Donald Arthur Odion Donald passed from this life on August 23, 2021, in Temecula, California peacefully. Donald was born October 1, 1933, to William and Frances Odion of Washington state. He was the second child of three children.... View Obituary & Service Information

The family of Donald Arthur Odion created this Life Tributes page to make it easy to share your memories.

Donald passed from this life...