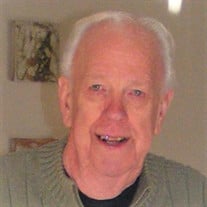 Donald Verne Williams, born January 8, 1933, passed peacefully in his home in Irvine, CA on June 28, 2021 at 88 years old. Don was born to Ruth Victoria Larson and William Rollie Williams in Buckeye, Arizona. Don has two siblings: Melvin Williams (passed) and Bob (Willie) Williams. Don’s father was a pastor so Don came to understand God’s love and Christ’s redemptive gift at an early age. At 9 years old, Don sat with his mother and prayed to receive Christ as his Savior. In February 1953, Don was drafted in the United States Army. On July 3, 1953, Don married Esther Ida Hibbard in the La Sierra Community church in Riverside, CA where Don’s father officiated the ceremony. After a few months of basic training in Fort Ord, CA Don and his new bride (Esther) set off on a drive across the country pulling a small trailer to their destination in Augusta, Georgia. The newlyweds lived in this trailer on the Augusta army base for nearly two years. The close quarters of the small trailer in their first years of marriage bonded them tightly! After Don’s discharge from the Army in 1955, Don and Esther moved back to California where Don took his first civilian job as an airplane mechanic for Douglas Aircraft. In the years that followed, Don tried out several career paths. But in 1967, Don found his true passion and pursued a career that fit his creative talents. He enrolled in a correspondence art program to receive a degree in graphic design. Upon completing his degree, he used his artistic talents in advertising for over 30 years. Don also enjoyed fine arts and spent his free time creating watercolor paintings which he enjoyed selling at local art shows. In addition to painting, Don loved to fish for halibut at his favorite fishing hole in Balboa, CA alongside one of his favorite fishing buddies—his mother-in-law (Ida Mae Hibbard)! Balboa became the site of the Williams’ family annual vacation where they rented a small “shack” called Shady Nook on the Balboa peninsula for several weeks each summer! Don and Ida would catch the fish, Esther would cook them up, and everyone (including visiting aunts, uncles, and cousins) would enjoy swapping stories and eating fried halibut on the Shady Nook patio. Don and Esther moved from Riverside (where they raised their two daughters) to Irvine in the early 1980s. In 1985, they bought a house in a new development that has been their home for over 35 years. Being just miles from the beach, Don coupled his love of fishing with his desire to be a sea captain! Don and Esther bought a small rubber dinghy and enjoyed many hours of fun navigating the inlets of the Balboa Bay. On November 29, 1986 Don’s oldest daughter, Catherine Lynn married Donald E. Major (passed 3-9-20). The Majors gave Don the precious gift of his only grandchild, Melissa Alexandra Major, born on October 11, 1995. Don loved to fly remote-controlled airplanes and drive remote-controlled cars. He also learned how to transition his art skills from paint and canvas to the computer and a keyboard. He loved to create artwork on his Mac. Don is survived by his wife, Esther, two children (Cathy and Carolea) and his granddaughter Melissa. Don is now at peace in his heavenly home where he and his family will all be reunited one day. A graveside service will be held to honor Don on July 16, 2021 at 11:30 am at Riverside National Cemetery.

The family of Donald V. Williams created this Life Tributes page to make it easy to share your memories.

Send flowers to the Williams family.