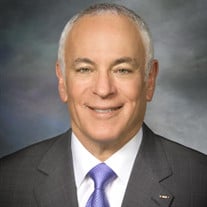 Dr. Dore John Gilbert passed away peacefully in his sleep at his home in Laguna Hills with his family nearby after a dignified and valiant struggle against the complications of ALS on July 29, 2021. Beloved husband, father, and grandfather,... View Obituary & Service Information

The family of Dore John Gilbert created this Life Tributes page to make it easy to share your memories.

Dr. Dore John Gilbert passed away peacefully in his sleep at...

Send flowers to the Gilbert family.