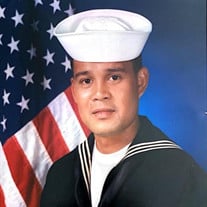 Glen C. Aranton was born on March 15, 1954 in Santa Cruz, Misamis Occidental, Philippines. He passed peacefully in his sleep on the morning of Friday, November 12, 2021 at Saddleback Memorial Hospital in Laguna Hills, CA. Born to Agustin and Atanacia Aranton, Glen is survived in the Philippines by his sister, Joceyln and niece and nephew who loved their “Daddy Glen” so much. Glen met Evelyn while he was vacationing from college. Even though they were practically neighbors, they never had interest in each other until that one summer. 4 years later, they married on October 19, 1979, following his graduation with an emphasis in Mechanical Engineering. Glen followed his wife and immigrated to the United States in May 1985. In 1989, Glen and Evelyn were blessed with their one son, Miles, whom he loved so much and went to extraordinary lengths to keep his family comfortable. He is survived by his wife and son. When Glen first arrived in the United States, he worked at a work placement agency. While looking for more stable employment, he decided to be recruited into the US Navy. He entered the Navy as a Reserve Seabee. He was then brought into active duty in Operation Desert Storm. Prior to his deployment, he committed his life to Jesus through the guidance of Pastor Sam Lacanienta at his home church, Filipino-American Church of Irvine. He worked in a water distribution test facility as one of the premier testing engineers. Flojet corporation changed ownership a few times and ultimately became ITT industries/ Xylem Water Division. Glen was kept as an engineer throughout all the different ownership changes for his expertise in water distribution. He loved his family by making sure his family was provided with all their needs. He was very generous to people who were far less fortunate in the Philippines and made sure he somehow met their immediate needs, which included physical, medical needs and financially supporting multiple cousins with completing their higher education. In December 2019, Glen was excited to finally retire. He enjoyed filling his early retirement days playing golf with his newfound retiree friends. He would play 2-3 times a week at different courses spanning the inland empire and southern beach cities. One of his proudest moments, was hitting a “Hole in One,” that he had a Callaway trophy made to remember his great accomplishment. In addition to golf, one of Glen’s favorite past times was shopping. He would never turn down a shopping trip to Costco and Walmart! He was always up for an adventure to hit the mall or window shop. Glen loved being with family and making silly jokes and games during family gatherings and family vacations. He was a man truly living with positive vibes. The family member that got especially loved was Glen’s dog Krooks. Glen’s overwhelming love for Krooks was shown daily when he would cook and prepare special meals for her from scratch. Glen faithfully attended church every Sunday and served his church through volunteering and mission trips. He supported his wife in hosting bible studies at their home. He also made sure their house was ready for company and helped his wife in preparing snacks for countless guest visits. Glen loved God and always exemplified God’s love by loving others around him with exuberance and joy. You would be hard-pressed to catch him without a smile on his face or laugher in his lungs. We are comforted in knowing he is now laughing with joy and enjoying eternity with his maker. Viewing time will be held at 3-6 PM PST, Monday, December 6, 2021 @ McCormick & Sons Mortuary, Laguna Hills, CA. Celebration of Life services will be held at 10-11 AM PST, Tuesday, December 7, 2021 @ Saddleback Church, Lake Forest, CA. Followed by graveyard service at 11:30 AM PST @ Ascension Cemetery, Lake Forest, CA. Reception immediately follows to Lake Forest Civic Center (Oak Room), Lake Forest, CA. All Locations are a 5 minute drive from each other. We thank everyone who came to our side as our family went through this most difficult time in our lives. Your prayers, thoughts and presence are beyond expectations. All contributions will be given to Saddleback Church and Church on the Solid Rock. “Embraced by God’s Grace” 1 Peter 5:10 But may the God of all grace, who called us to His eternal glory by Christ Jesus, after you have suffered a while, perfect, establish, strengthen, and settle you.

Glen C. Aranton was born on March 15, 1954 in Santa Cruz, Misamis Occidental, Philippines. He passed peacefully in his sleep on the morning of Friday, November 12, 2021 at Saddleback Memorial Hospital in Laguna Hills, CA. Born to Agustin and... View Obituary & Service Information

The family of Glen C Aranton created this Life Tributes page to make it easy to share your memories.

Send flowers to the Aranton family.