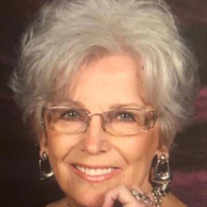 Elizabeth “Helen” Balog, born April 29, 1927 to Paul and Helen Duray, in Johnstown, Pennsylvania, entered peacefully to eternal life on Tuesday, August 10, 2021, at her home in Laguna Niguel, CA. She was born on April 29, 1927, in Johnstown, PA, to Paul & Helen Duray and was one of seven siblings. Andrew (passed), Nicholas, Mary (passed), Michael (passed), Margaret, and Joan. In 1947, she married the love of her life, Emery Michael Balog (passed), and together had four children, by whom is survived by her daughter Lynda, daughter Paula, son Michael, and daughter Donna. Helen was blessed with thirteen grandchildren and fifteen great grandchildren, who affectionately called her “GG”. After retiring from General Telephone (Pomona), Helen and Emery relocated to Carlsbad, CA, where they became members of St. Elizabeth Seton Catholic Church. Helen had a deep love for the Lord, and together with three neighbors, formed a Bible Study, which later become Women’s Christian Fellowship, and was able to guide and minister to countless women through the Word of God. After the passing of her sweetheart of 63 years, Helen moved to Laguna Niguel with her daughter Donna and son-in-law Michael where she continued her ministry by writing cards and letters with words of encouragement to all of her family and friends. Helen will always be remembered for the best hugs, laugh, and smile, her voice and impeccable style, her strength and poise, and her gifts and joys. Most of all, her loving words, her grace, her sweetest eyes and lovely face.

The family of Helen Elizabeth Balog created this Life Tributes page to make it easy to share your memories.

Send flowers to the Balog family.