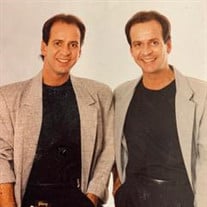 John and his twin brother Leo were born in Queens New York into an Irish / Italian Catholic family and attended the local public elementary school (PS 159). However, by the time they were 5 years old, Mom (Vita) signed them to a Manhattan media (TV and print) agent who soon launched them into a successful career in fashion magazine and newspaper advertisements. The cute look-alikes caught the attention of TV advertisers who used them to promote their products in over 30 television commercials from peanut butter to car rentals. With an eye towards providing a better life for the family, Ray (Buddy) and Vita moved Ray Jr., Val and the twins to southern California where they hoped to see the twins’ (now early teenagers) career blossom into Hollywood stardom. Good news, bad news. Buddy was hired by Paramount Studios, a very special baby brother, Rob was born (1966) but alas breaking into the movie industry proved a herculean task for John and Leo. Except for periodic extra work including appearances in a Steve Martin movie, the embers never turned into a flame. Undaunted, the twins took music lessons and started a Herb Alpert-type band in high school called the Allegro Brass playing mostly wedding/anniversary venues while attending Crescenta Valley High School. Joining the basketball team opened up a world of new and enduring friendships that capstone their early years in California. But they loved entertaining their friends and family and couldn’t resist entering the high school talent show and winning as the “Soul Review”, a hysterical spoof on an overcrowded and aging R&B music market. Post high school years were a difficult transition eventually leading to their move to Las Vegas in hopes of embarking on a hotel lounge stand-up music / comedy routine which never coalesced. Years wore on with too much idle time and too little work leading to excessive social drinking which eventually took over both of their lives. Their return to southern California was painful for the family to endure as their drinking and lack of direction / focus made the family’s encounters with them strained. In spite of the family turmoil, both John and Leo accepted the Lord at the end of their lives. As such, we trust they have experienced the same forgiveness that each of us needs before passing from this life. The family wishes to offer our sincerest thanks to everyone for the prayers, support and good wishes as we all hope for the day when we will be together again. Survived by: Brothers: Ray Mullen Jr. & Robert Mullen Sister: Valerie Mullen Sisters-in-Law: Gayle Mullen, Christie Mullen Nephews: James Mullen, Rajen Patel, Patrick Mullen Nieces: Monica Patel, Natalie Truong, Jamie Mullen Pre-deceased by: Father: Raymond Mullen Sr. - 1993 Twin Brother: Leo - 2009 Mother: Vita Mullen – 2018

John and his twin brother Leo were born in Queens New York into an Irish / Italian Catholic family and attended the local public elementary school (PS 159). However, by the time they were 5 years old, Mom (Vita) signed them to a Manhattan media... View Obituary & Service Information

The family of John Joseph Mullen created this Life Tributes page to make it easy to share your memories.

John and his twin brother Leo were born in Queens New York into...

Send flowers to the Mullen family.