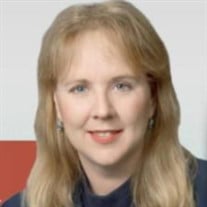 Lynn Carol Granlund, M.D. (age 63) passed away unexpectedly of natural causes in her Laguna Niguel, CA, home on January 2, 2022. She was born in Fargo, North Dakota on July 31, 1958, the first child of Hamilton and Carol Granlund. Lynn’s formative years were spent in Minnesota, where she graduated from Park Center High School (1976) with the highest of honors. From the time she was a little girl, she wanted to be a nurse. Always interested in medicine, she volunteered as a candy striper in high school and later earned a Bachelor’s degree in Psychology from the University of Texas, Arlington branch. She went on to receive her M.D. at the University of Texas, Galveston branch. She became a Board Certified Internist following her internships and residencies in San Antonio, Texas. She further studied and received a license in acupuncture and was a member of the American Academy of Acupuncture. She settled in California, working with the Saddleback Medical Group for many years. Lynn was a conscientious doctor, and was a tireless advocate for others. Lynn was an active member of her church and community, Lutheran Church of the Cross, attending services and events. She was a strong and competent woman with a vivacious spirit and infectious laugh. She has a thirst for knowledge, was down to Earth, and was always determined. Earlier in her career, she combined her love of medicine and travel, volunteering her services on overseas missions in Nepal, and the jungles of Peru, as well as time spent in Alaska. Wherever she traveled, Lynn was determined to get to the top. She nearly succeeded, trekking the Himalaya’s, to the basecamp of Mount Everest. Determined to see the Great Wall of China, she found a group of young men to carry her on a board, high on their shoulders, when a misstep caused her to sprain both ankles. Lynn was interested in travel, photography, reading, movies, and music. A highlight was catching Paul McCartney’s eye while he played piano at a concert. She was sure he looked directly at her and waved. But the highlight of her life was the addition of her daughter Josie Lynn in 2006. Josie brought Lynn great enjoyment, and she was very proud of her. Lynn was a devoted mother from the start, traveling three times to Guatemala to meet and care for Josie. Lynn is survived by her daughter Josie, mother Carol Granlund, and sister Tami Granlund of Salt Lake City, Utah. She is survived by aunt, uncle, and cousins in North Dakota and Minnesota. She also leaves behind her medical practice, partners, and patients. Lynn is preceded in death by her father Hamilton Granlund, brother Michael, and brother David, brother-in-law Earl Loveless. Lynn achieved great things in her life, was the bedrock for her family, and will be forever loved and missed.

The family of Lynn Carol Granlund created this Life Tributes page to make it easy to share your memories.

Send flowers to the Granlund family.