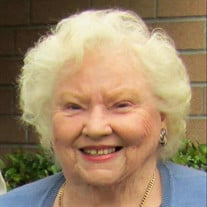 Mary Glenane, of Laguna Woods, CA, was born on November 18, 1936 in Johnstone, Scotland. She was eternally welcomed into the loving arms of our Lord on January 10, 2021 at the age of 84. Mary is survived by her three children, Peter (Amy), Ron (Susan), and Cheryl, and is the proud grandmother of Emma, Aidan, Liam, Maeve, Declan, Maire, Ciaran, and Darcy, all of Orange County, CA. After growing up outside of Glasgow in Paisley, Scotland, Mary emigrated to Montreal, Canada with her parents, Richard and Ellen, and brother Richard. She met the love of her life, Peter Glenane, a native of Galway, Ireland, and they were married in Montreal on July 13, 1957. They then headed west and eventually settled in Santa Ana, CA, where their children were born. Mary was a Santa Ana Unified School District employee for 25 years. Those years as a librarian at Adams Elementary and MacArthur Fundamental were filled with laughter and hard work alongside the many friends she made at both schools. Mary’s generous heart was evident to everyone with whom she came in contact. She volunteered to teach CCD at church, helped run Irish festivals at the Brothers of St. Patrick, and did outreach to the elderly and people experiencing homelessness. Always an avid reader, she also loved to travel: from Costa Rica to Russia, from Cuba to the Holy Land. Mary was quite handy and could fix almost anything; after Peter, her husband of 58 years, died in 2015, she began taking slip casting classes to learn how to make ceramics. From the moment she first held her eldest grandchild Emma, Mary’s greatest treasures have been her grandchildren. She spent time cheering them on at soccer games, track meets, and Irish dance competitions. She hosted grandkid sleepovers and taught them all how to play Bunco, complete with prizes she collected. Mary was diagnosed with bone marrow cancer in June of 2020. Her beloved daughter Cheryl was her constant companion, by her side until the very end. The family is grateful for all of the caregivers who showed such compassion during Mary’s last months. A Vigil Service will be held on Thursday, January 21 at 7:00 PM at McCormick & Son Mortuary in Laguna Hills (indoors). The Vigil will also be live-streamed on Mary’s Tribute Page on the McCormick & Son website. Mass of Christian Burial will be held on Friday, January 22 at 1:00 PM at St. Nicholas Catholic Church in Laguna Woods (outdoors). A private burial will be held at Holy Sepulcher Cemetery. In lieu of flowers, donations can be made to the Literacy Project Foundation: https://www.literacyprojectfoundation.org/

Mary Glenane, of Laguna Woods, CA, was born on November 18, 1936 in Johnstone, Scotland. She was eternally welcomed into the loving arms of our Lord on January 10, 2021 at the age of 84. Mary is survived by her three children, Peter (Amy),... View Obituary & Service Information

The family of Mary S.M. Glenane created this Life Tributes page to make it easy to share your memories.