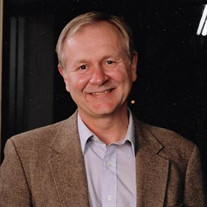 Michael Ray Carr, Born June 17, 1946 Los Angeles, CA passed away on Thursday, October 7, 2021in the home of loved ones. Raised by parents, Louie Carr and Barbara Jean and also beloved grandmother and grandfather. Michael was known as Papa Mike to his younger grandchildren and friends. Michael joined the United States Navy and served his country proudly from 1968 until 1972. After leaving the navy, he attended California State University earning a degree in accounting which landed him a job where he met his wife, Barbara. Michael and Barbara were married at the end of 1975. He worked for years in accounting and loved numbers. A love which he tried to pass on to his children and grandchildren teaching them how to balance a checkbook and tutoring them in algebra. Michael loved golf, chess, playing craps, smoking pipes, and reading. Most evenings were spent on the porch reading a good book with a pipe in hand. He is survived by his wife Barbara, his sisters Lori, and Polly, oldest daughter Angela Carr, youngest daughter Sarah Sturtevant, daughter in law Jackie Shamrock, and five grandchildren Wendy, Connor, Kaitlyn, Addison, and Jackson. Services will be held Saturday, October 30th, 11:00 a.m. at McCormick & Son’s, Laguna Beach, followed by a reception.

The family of Michael Carr created this Life Tributes page to make it easy to share your memories.

Send flowers to the Carr family.