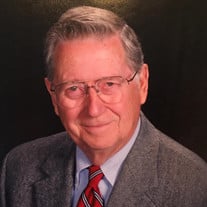 Ronald F. Draper was born on December 15, 1933, in Imperial, Nebraska to Everett and Edith “Marita” Draper. He grew up in Eureka, CA graduating from Eureka High School in 1952 with honors. After high school, he attended Carnegie Institute of Technology (now Carnegie Mellon University) in Pittsburg, PA. He was in Alpha Tau Omega; Omicron Delta Kappa; Pi Tau Sigma; Scabbard and Blade; Pershing Rifles; Intramurals; Student Council; Dorm Council; Society of Automotive Engineers; American Society of Mechanical Engineers; and ROTC. In 1956 he received his Bachelor’s in Mechanical Engineering. He was commissioned as a Lieutenant in the Army Corps of Engineers, serving on active duty at Fort Leonard Wood, MO as a Basic Training Instructor. This is where he met his future wife, Adah Pascua, whose father was also stationed there. After the Army, Ronald earned a Master’s Degree in Aeronautics and Space Engineering from Caltech in 1961. Most of his working life was at NASA’s Jet Propulsion Laboratory (JPL) in Pasadena, where he worked on many significant space projects including Mariner IV, Mariner V, Voyager, Galileo, Mariner Mark II, and CRAF. His final assignment was as Deputy Program Manager for Cassini. He was awarded the American Astronautical Society of Achievement Award – Voyager Program (1980), and the JPL/NASA Medal of Outstanding Leadership – Voyager Spacecraft (1981). After retiring in 1999, he continued to support JPL as a consultant. Ronald had a lifetime association with the Boy Scouts where he was able to pursue his love of hiking and the outdoors. He earned the top rank of Eagle Scout when he was 14 years old, was a troop leader for his son, Kevin, and continued in leadership roles including the Executive Board of both Verdugo Hills & Orange County Councils. He also received the prestigious Silver Beaver award for his lifelong service to the organization. He was so proud that his son Kevin, and all three of his grandsons, earned Eagle Scout honors. Ronald and Adah married in 1961 in San Francisco, CA. They were happily married for 60 years and had two children, three grandsons, and their beloved dog Biskit of 16 years. They spent many years with the “Gourmet Group” of close friends having dinner parties and going on camping trips. They enjoyed going to the theatre and loved to travel. Ronald was 87, surrounded by his family when he passed peacefully on March 12, 2021, in his home in Mission Viejo, CA. ~~~~~~~~ Ron Draper’s Celebration of Life Service will be at South Shores Church, 32712 Crown Valley Parkway, Dana Point, CA 92629 at 1:00 pm on Sunday, April 11, 2021. Gifts in memory of Ronald may be given to South Shores Church, 32712 Crown Valley Parkway, Dana Point, CA 92629, or to the Boy Scouts of America, Orange County Council https://donations.scouting.org/#/council/039/appeal/4557 Livestream link to the service is https://www.southshores.org/rondrapermemorial

Ronald F. Draper was born on December 15, 1933, in Imperial, Nebraska to Everett and Edith &#8220;Marita&#8221; Draper. He grew up in Eureka, CA graduating from Eureka High School in 1952 with honors. After high school, he attended Carnegie... View Obituary & Service Information

The family of Ronald F Draper created this Life Tributes page to make it easy to share your memories.

Send flowers to the Draper family.