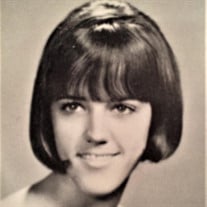 Sharon Alice Miller passed away peacefully in the early morning hours of March 25, 2021 at her home in Rancho Mission Viejo after a 20 plus year battle with Parkinson’s Disease. Sharon was born to Merrill Lockwood “Woody” Williams and Alice Walker Williams on August 11, 1949 in Cherry Point, North Carolina. The family moved to Southern California when Sharon was three years old and settled in Garden Grove. She attended Bolsa Grande High School where she was a Song Leader and made several lifelong friends. Sharon spent much of her free time at the beach soaking up the California sunshine. While a student at Golden West Community College Sharon met Robert G. Robben. They married in May of 1970. They had two children together, a son Eric, born in 1972, and a daughter Kimberly, born in 1974. Sharon split her time between raising the two children and handling the back-office duties of the family construction business. The family took up residence in El Toro, now known as Lake Forest. In December 1984 Sharon took a temporary position with Taco Bell Corporation in Irvine. Little did she know then that that temporary position would lead to a highly successful 26-year career. Following her divorce in 1985 Sharon felt the need to create a better career path to support her family so she began attending the University of Redlands at night in pursuit of her bachelor’s degree. In a testament to Sharon’s drive and determination she was able to work a demanding full-time job, get her degree, and buy a home, all while raising two children as a single mother. She would often be seen at the kids’ sporting events studying. Somehow she managed to find time to coach both Kim’s and Eric’s soccer teams for a few seasons. Ironically one of the players on Eric’s team would later become her Neurologist in her fight against Parkinson’s. While at Taco Bell Sharon met and fell in love with a co-worker from another department, Jerome K. (Jerry) Miller. They were married in April of 1989. They began their life together also in El Toro/Lake Forest where they lived for some 26 years before moving to Rancho Mission Viejo in June of 2014. Sharon loved to travel. She and Jerry were fortunate to be able to cruise to Alaska twice. They also took two river cruises on the Rhine and Danube in Europe. One of her most exciting travel opportunities was to attend the 2000 Summer Olympics in Sydney, Australia. She and Jerry were able to go and support the daughter of one of Sharon’s lifelong friends who was a member of the US Swim Team. They also owned a home in Lake Arrowhead for a number of years. Weekend trips to the lake were a great relief from the stresses of work and life in general. But Sharon’s greatest joy was spending time with her six grandchildren. Her son Eric has three boys and daughter Kim has three girls. Because Eric’s mother -in-law was also named Sharon the boys had to come up with some way to differentiate the two. They chose to call Sharon “Grandma Kitty Cat” because she and Jerry had two cats. She loved it. She always looked forward to taking each of the grandkids shopping on their birthdays. It was a great way to show her love and spend quality time with them individually. And whether it was soccer or cheer or lacrosse she always looked forward to attending their games and competitions and rooting them on. Sharon had a wonderful sense of humor. Oftentimes she would do or say something that caused those around her to laugh. But they were not laughing at her, they were laughing with her because nobody laughed harder at Sharon than Sharon. Her laugh was infectious. Sharon was diagnosed with Parkinson’s Disease just over 20 years ago. Fortunately, it was very slow progressing. But rather than feel sorry for herself she set about working as hard as she could to fight the disease. She was tireless in serving on boards and raising money to support both local and national organizations. Her concern was always more about others than herself. She worried about her family. She always made herself available to speak with newly diagnosed people who had obvious questions about their futures. She never complained or thought woe is me. She lived life fully and fought until the very end. Sharon is survived by her husband Jerry of Rancho Mission Viejo, CA; her son Eric Robben (Summer) of Aliso Viejo, CA and her daughter Kimberly Robben Daeley of Aliso Viejo, CA; her grandchildren Garret, Gage and Grant Robben and Kaydence, Addison and Payton Daeley, all of Aliso Viejo CA. She is also survived by her sister Judith Strachan (Greig) of Eastvale, CA and her niece Rachel Tevelde (Ryan) of Ontario, CA. Interment will be at El Toro Memorial Park in Lake Forest, CA. An open house Celebration of Life will be held on Friday, April 23, 2021 from 2:00 to 6:00 PM at 59 Galan Street, Rancho Mission Viejo, CA 92694. In lieu of flowers please consider donating in memory of Sharon to the Parkinson’s Association of Orange County, (PAOC), 7700 Irvine Center Drive, Suite 800, Irvine, CA 92618; www.paocinc.org. Or to the Michael J. Fox Foundation, Donation Processing, The Michael J. Fox Foundation, P.O. Box 5014, Hagerstown, MD 21741-5014; www.michaeljfox.org/Donate.

Sharon Alice Miller passed away peacefully in the early morning hours of March 25, 2021 at her home in Rancho Mission Viejo after a 20 plus year battle with Parkinson&#8217;s Disease. Sharon was born to Merrill Lockwood &#8220;Woody&#8221;... View Obituary & Service Information

The family of Sharon Alice Miller created this Life Tributes page to make it easy to share your memories.

Sharon Alice Miller passed away peacefully in the early morning...

Send flowers to the Miller family.