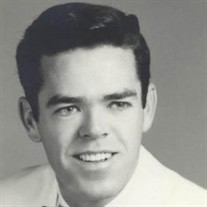 This April, the Foley family lost their patriarch and loving father and grandfather, Terrence “Terry” Foley. Terry passed away in his bed at home from age related illness and was surrounded by his family. He was 89 years old. Terry was a native of Scranton, Pennsylvania, where he was raised and lived until he was 20 years old. He was the son of Robert and Dolores and was brought up in the Catholic faith alongside his three siblings, Robert, Dolores, and Jason (fka Paul). He was born at the height of the Great Depression and from these humble beginnings, grew into a man who was very thrifty and who saved and invested his earnings wisely, and was a great provider for his family. If it wasn’t broken, Terry didn’t need a new one. He left Scranton as a young man to join the U.S. Navy and served his country in Korea and Vietnam. He was deployed onboard ship as a radioman, RM3, and held the position of Morse Code Operator. While on watch one night, he received a highly classified message that instructed them to divert to Vietnam (French Indochina). It was there that they became the first ship to take part in the evacuation of North Vietnam – the largest evacuation by sea in the history of the Navy. Terry was even mentioned by name in the book, Operation Passage to Freedom, The United States Navy in Vietnam, 1954 – 1955 (2007), for which he provided many eyewitness accounts of the mission. Athletically, while stationed at the Naval Training Center in Bainbridge, Maryland, Terry was a member of the base football team, where he performed as wide receiver. Later in life, he became an avid runner who competed in numerous 5K events and could be seen running his neighborhood streets weekly. He was also a major sports fan who appreciated a wide variety of sports, especially college football. Upon leaving the military, Terry settled in Los Angeles, California, where he enrolled himself in East Los Angeles College. He was an excellent student who thrived in college life, and he worked hard to complete his AA degree at the campus. He continued his higher education and ultimately achieved his bachelor’s degree from UCLA and his master’s degree in Aerospace Engineering from USC. While at UCLA, Terry also met his soon-to-be wife, Wanda. While their marriage wouldn’t last forever as they had hoped, Terry and Wanda remained friends until the day he departed and were both committed to raising their three daughters, Frances, Catherine, and Michele. Professionally, Terry became a registered manufacturing engineer and spent most of his career as a structural design engineer in the Aerospace industry. In this capacity, he conceived all the preliminary designs for the vertical stabilizer on the Space Shuttle and was one of the designers of the Apollo Capsule, Spartan Missile, Saturn V booster, T45 Navy Trainer, and several McDonnell Douglas aircrafts, including the MD-11, to name a few. In the 1970’s, he switched to the profession of teaching and spent the next 40 years as an engineering professor, primarily at his alma mater, East LA College, as well as Cal State Long Beach and Cal Poly Pomona, and several other local universities. He loved teaching young people how to be the future engineers in industry. Personally, Terry provided a loving and stable home life for his three daughters. In the early 1970’s, he bought a small horse ranch in Norco, California, where they relocated and were able to own their own horses and make so many cherished childhood memories. Terry was an energetic and fun Dad who was always up for throwing a baseball in the yard or a basketball in the hoop, and who always nurtured and supported them in their personal interests and hobbies. He was also a dedicated grandfather to his grandson and five step grandchildren. When his grandson, Danny, was a young child, Terry watched him all day every Friday and loved taking care of him. For all his grandchildren, Terry was a positive role model who was always available with a friendly smile, good advice, and his renowned generosity. Terry always made it a priority to attend the important milestones in his children’s and grandchildren’s lives. He enjoyed cheering them on at their hockey games, swim-meets, gymnastic competitions, softball games, and equestrian events, and celebrating their birthdays, graduations, and weddings. Family was everything to him and he was a very proud father and grandfather. Terry is survived by his three daughters, Frances, Catherine, and Michele; his sons-in-law, Les and Joshua; his grandson, Danny; his step grandchildren, Billy, Joshua, Daisy, Lilly, and Jack; the mother of his children, Wanda; and his brother, Jason. A memorial service will be held at the Riverside National Cemetery in Riverside, California, at 11:30 a.m. on Friday, May 13, 2022. A reception service will be held immediately afterwards at Las Campanas Restaurant, located within the historic Mission Inn Hotel & Spa, Riverside, California

This April, the Foley family lost their patriarch and loving father and grandfather, Terrence &#8220;Terry&#8221; Foley. Terry passed away in his bed at home from age related illness and was surrounded by his family. He was 89 years old. Terry... View Obituary & Service Information

The family of Terrence Leo Foley created this Life Tributes page to make it easy to share your memories.

This April, the Foley family lost their patriarch and loving...

Send flowers to the Foley family.