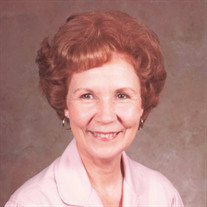 In Memory of Tommie Jean Pernell Eppler. Tommie Jean Pernell, was born in the little town of Pernell, Oklahoma, named after the Pernell family. The date was September 20, 1927. Her father, Henry Pernell, left the family when Tommie was age 4. Tommie and her mother, May, moved to Los Angeles, California, shortly thereafter. Tommie developed Tuberculosis at age 5 and was sent away to a TB sanitarium in Denver, Colorado, to stay by herself. Her mother stayed behind so that she could make a living to support both of them. Tommie, after a year, re-united with her mother. However, her mother worked two jobs and eventually sent Tommie, age 13, to live with her uncle and aunt in Arizona, at the El Paso Natural Gas plant (EPNG). Tommie was able to go to school there and be cared for while her mother worked to provide money for the family. While in school in Arizona, Tommie met the love of her life, Hulon V. Eppler, Junior, an upper classman, by two years. World War II, was waging and Americans started to enlist. Upon graduation, Hulon, who had already enlisted, boarded the bus, with the rest of the young men from his high school, that took him to basic training. Once Hulon left for service, Tommie moved back to Los Angeles with her mom who had purchased a boarding house. Tommie continued her education in LA at Manual Arts High School on Vermont. She developed her love for dancing going to the Palladium in Hollywood on weekends. Towards the end of the war, 1945, Hulon, serving in the Navy, had leave in Seattle, Washington. While on leave, Tommie visited Hulon in Seattle. Hulon, meanwhile, had asked Tommie’s mother permission to marry her daughter. Tommie’s mother packed her daughter’s things, including mom’s own wedding ring, and gave her blessing as her daughter left for Seattle. During the visit, Hulon and Tommie were married on April 30, 1945. However, Hulon got orders to return to sea and Tommie went back home to stay with her mother until Hulon Eppler returned. After the war ended, Hulon was released from service, December 3, 1945. The newlyweds began their life together. Hulon took on several jobs to support his fledgling family. Tommie’s mom met and married Al Ward. The two families lived together. Tommie became a big sister to Ronald (Ronnie) K. Ward. Hulon took a shine to little Ronnie and enjoyed telling people that the little boy was not his son but his brother in law. Eventually, Hulon’s father got him a job at a EPNG plant in Jal, New Mexico. Hulon and Tommie lived with their in-laws until a house was available at the plant for the young couple to start their life with independence. Within four years, Hulon was promoted to gas plant superintendent. They spent the next 29 years living the EPNG plant community lifestyle. Hulon and Tommie had two daughters, Gail and Pamela. When Hulon passed away at 49 years from a bad heart, Tommie moved into a new house with her daughters. Tommie and her daughter, Pamela, actually went to college at the same time. Tommie pursued training as a secretary and Pam got her teaching credential. Tommie worked at the power plant as a secretary and later, at the EPNG Meridian Oil. After her daughters married and began their families, Tommie worked and spent time with friends and family. She loved dancing, playing the piano and participating in the Elk’s Lodge events. She also enjoyed community concerts. In March 2012, Tommie re-located to Mission Viejo, California, to live with her daughter, Gail and family for four y ears. She was able to continue her love of music by attending the Mission Viejo Lake concerts with her daughter’s family. In time, Tommie needed more care than the family could provide. She moved into the Comfort and Care for the Elderly, residential board and care facility, in Mission Viejo, which was less than a mile from her daughter’s home. There Tommie received around the clock care and frequent visits from her family. Tommie passed away on February 23, 2022, 6:30 PM. She was preceded in death by Hulon Eppler, husband, Michelle Steinman, granddaughter, and Pam Steinman, daughter. Tommie is survived by Ron Ward, brother, Gail Bennett, daughter, Ryan Grzelczyk, grandson, Stephanie Fjetland, granddaughter, and 5 great grandchildren. In addition, Tommie also had by marriage, Chad, Brady, Cody Bennett, step grandsons and 10 great step grandchildren.

In Memory of Tommie Jean Pernell Eppler. Tommie Jean Pernell, was born in the little town of Pernell, Oklahoma, named after the Pernell family. The date was September 20, 1927. Her father, Henry Pernell, left the family when Tommie was age... View Obituary & Service Information

The family of Tommie Jean Eppler created this Life Tributes page to make it easy to share your memories.

Send flowers to the Eppler family.